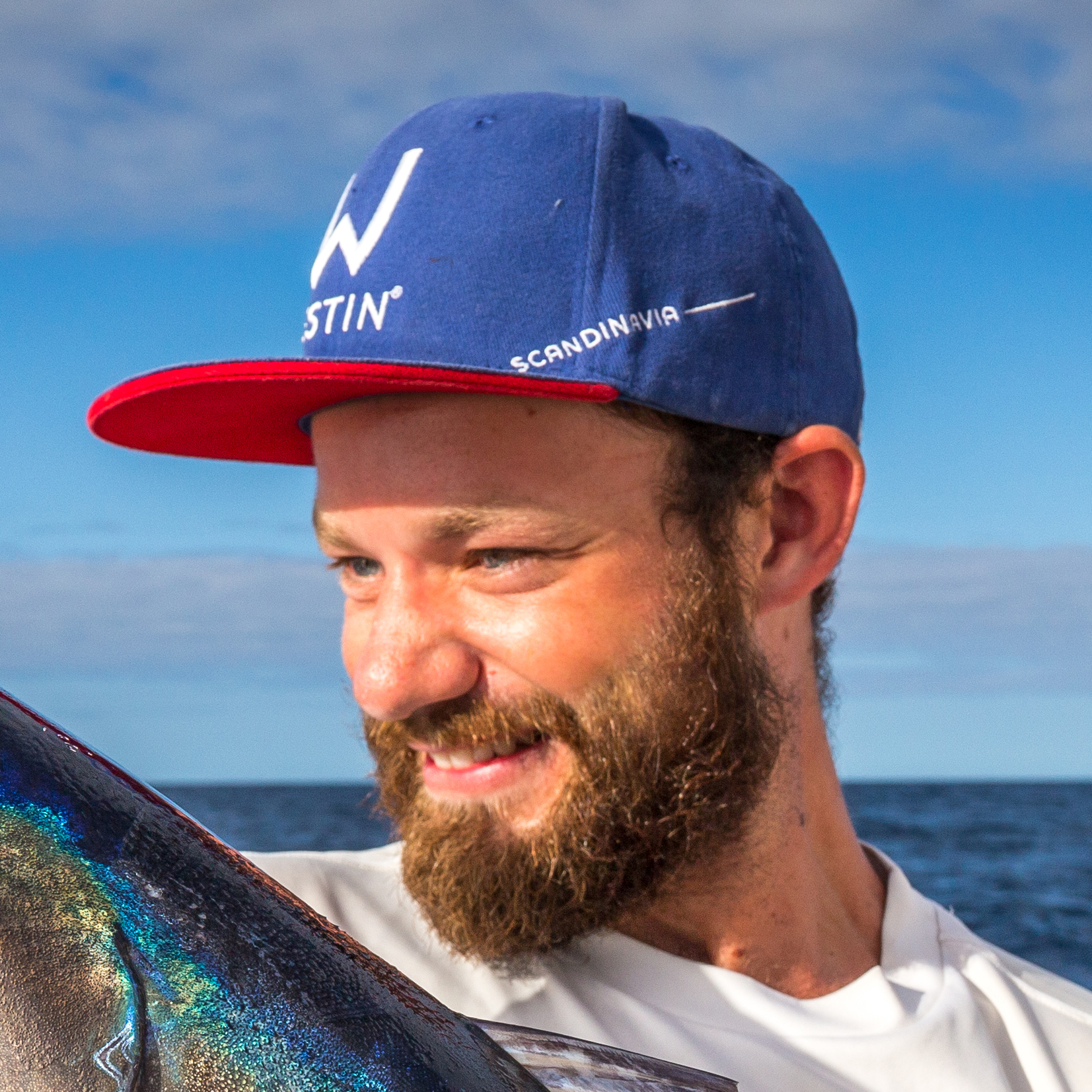 The computer-screen is just not big enough for fish this guy catches! Johan Mikkelsen has been studying for 2 years at the Sportfishing Academy in Sweden, but also marine biology for 3 years. He also has the Deck Officer Class VII for a deeper understanding of navigation and safety at sea. This guy doesn’t get lost on those endless oceans around the world, that is something you can count on! He has a wide interest in fish and thinks that each fishery has its charm, but sea fishing is closest to his heart.

Due to his many fishing days and marine knowledge, he knows what swims around, and how they behave in different conditions, from plankton to the majestic Blue Marlin. During his 10 years’ experience as a professional sportfishing guide around the world, from the cold arctic waters of Norway to the Big Game fishing in the tropics his list with impressive catches is long! We could write a book about his catches, but we’d rather mention some of his personal records. He has caught a blue marlin of 483 kg, guided numerous huge bluefin tunas, big eye tuna of 70 kg, sailfish of 50 kg, cubera snappers up to 30 kg, rooster fish around 30 kg, white sturgeon of 212 cm, halibut of 193 cm long, first Swede catching an Atlantic cod over 40 kg, to be more precise 41 kg! It’s no coincidence that it’s in his boat that the big fish are landed.

He has been stationed most of his career in Norway, he started going around the world during 2013 and have been hosting trips since then! He also worked 2 years in the Big game fishing for Blue Marlin and Bluefin Tuna, but are now working full time with hosting tropical fishing trips around the world and ones in a while he goes back to Norway guiding for those huge halibuts