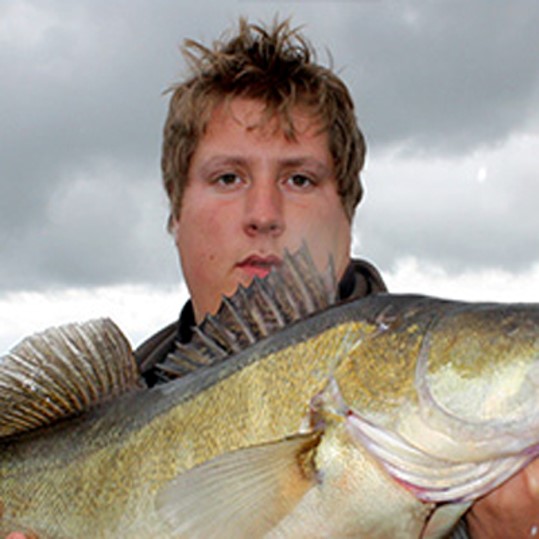 The interest in fishing started out when Marcus Fransson was 5-6 years old. His friend lived next to a small pond and the two young boys tried to catch some perch with the classical red/white float and worm. His friend caught six small perch and he went totally boom. The day after they went to the pond again and he turned the numbers and beat his friend with 6-0, after this day fishing became his absolute passion.

Since then, he has created a big name in the fishing-environment and most anglers know him as “Frallan” or “Terminator”. His interest in fishing grew stronger and the last 6-7 years it really escalated! He’s a skilled angler for trolling after zander and pike but it’s the vertical fishing for zander that’s his true passion. A really exiting fishing and the pulse rush you get every time when you spot the burly echo under the boat is priceless. That’s what made him fall for this adrenaline-filled fishing.

Today he is one of the most skilled anglers for vertical fishing after zanders, but not so many have seen all his catches, that will change from now on. If you wonder why he is called the “Terminator”, we will leave that to be your bitter experience if you are fishing with him, or just next to him.