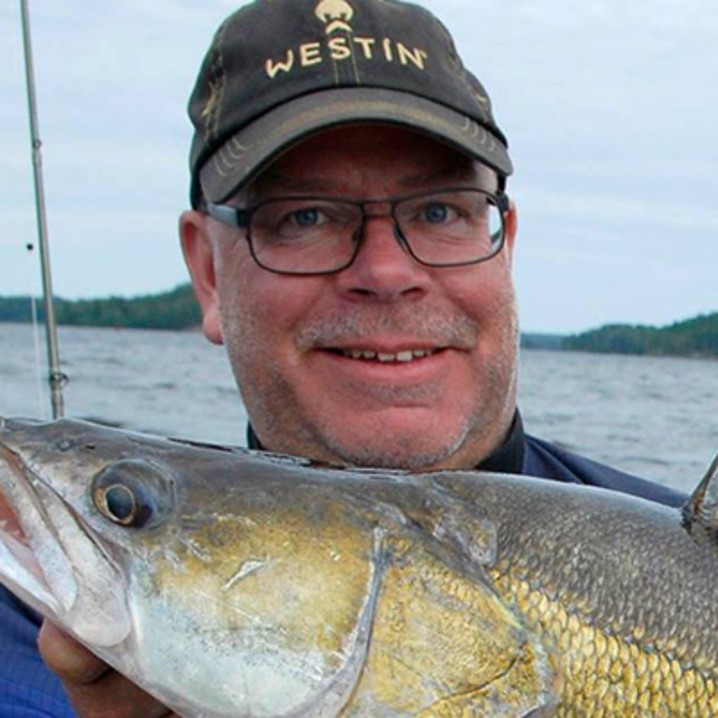 For the latest 8 years Jörgen Larsson, who lives in Perstorp, Sweden, has been working as Editor in Chief of the Scandinavian fishing magazine Fiske-Feber, but a recent decision to start working as a freelance writer, photographer and consultant led to the cooperation with Westin. “When working with new products we sometimes ask for input from media partners, magazines and of course our own consultant and test team, Back in 2011, when we initially stated working on the 3776 rod for vertical jigging, one of the obvious people to ask was Jörgen. At the time he wasn’t working as a consultant, but he came up with ideas and input that we believe made the Westin/Edge 3776 Vertical Jigging the very best rod for this type of fishing.”

As an angler he has been a leading profile in Scandinavia during the last three decades, and he has caught almost anything big with scales and fins. In his younger years he played an important part of introducing modern coarse- and carp fishing in Scandinavia. He was amongst the first anglers to go trolling and to target big salmon in the Baltic Ocean and while sea angling in Norway he has done several record breaking catches. He has been working with video, television and magazines for many years and has been writing stories from all parts of the globe. This includes stories on monster sturgeon in Canada and massive Nile perch in Lake Nasser to mention a few.

Today he is still as eager and passionate about angling and fishing tackle as he was when it all started many years ago. If he has to point out one type of fishing, he’s particular passionate about it will be modern predator fishing for perch, pike and zander. He has been a leading character in introducing and developing vertical jigging in Scandinavia. Particularly in Sweden this method has caused a big change in the way angler’s fish and the tackle they buy.

To him planning and perfecting tackle and equipment has always been an important part of targeting the biggest specimens. This makes him and Westin a perfect match.