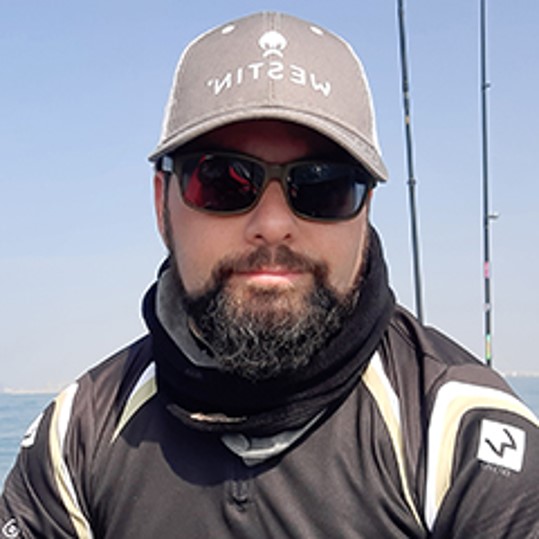 Enrique Paton began in the world of fishing with his father, at the age of 12. Back then he fished cork from the breakwaters on the beach whenever his father took him.
After that time and coinciding with the age of majority, He made a stop in the world of fishing until he was 23 years old. He then began fishing again, sharing days with his father-in-law and with whom he would later buy a boat and they would go out together to fish.
He started fishing from kayak in 2004 and have since that had 7 different kayaks. For him fishing is for being in contact with nature, feeling free, and being in the middle of the sea, without any noise - disconnecting from everything around you.

In addition to that, it is also very addictive to fight with large fish and not to know if you win the battle in the end. He loves jigging fishing and dedicates 98% of his fishing time to this technique, although he also practices drop-shot fishing and trolling.
He shares his fishing days with his friends from the Gent de Kayak Club of which he is also the President.
Throughout the year, he attends most of the competitions that are held in Spain.